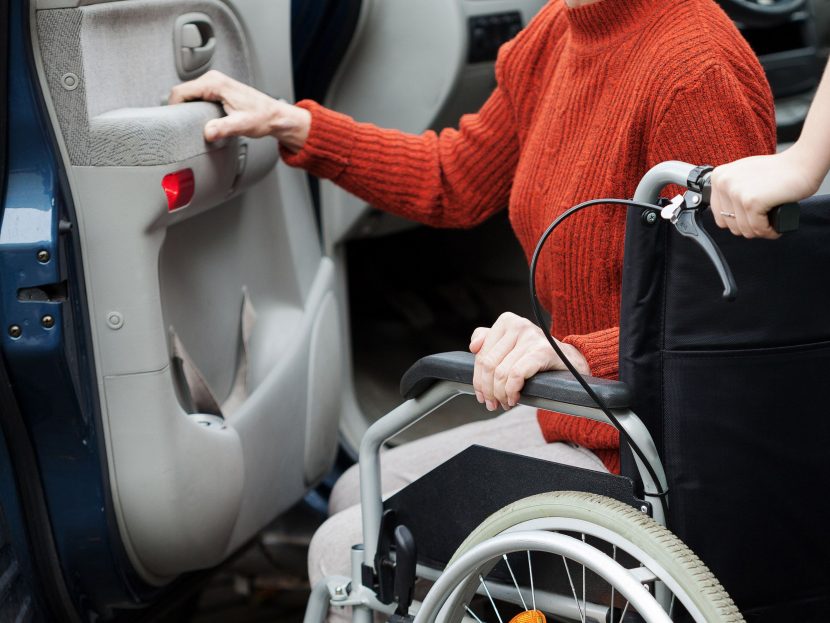 As a New Yorker, I can safely say there’s nothing worse than getting caught in the rain in midtown Manhattan during rush hour. People fight each other for cabs like Neanderthals chasing rare prey that can ensure their winter survival. What I mean is, it gets real.

But then, a disrupter, no excuse me, THE disruptor, comes to town and saves us all from literally assaulting each other every storm. Thanks, Uber.

Now imagine that same kind of worrisome scenario, but switch the scenery to a hospital setting. Maybe you’re weak from cancer treatment. Maybe you need to make it to the hospital for surgery? Where’s your ride? How long will you have to wait? Where’s our disruptive saviour?

It’s a question a number of patients and healthcare professionals have been asking.

“Basically we know that there’s 6 billion dollars being spent on transporting people for non-emergency medical reasons and yet despite that…3.6 million people are missing their appointments,” explains Carla Small, Senior Director of Innovation and Digital Health at Boston Children’s Hospital. “On average a quarter of the reasons people do not make their medical appointment is because of transportation.”

“It’s a huge issue,” says Robin Heffernan, CEO of Circulation, Inc. “Many hospitals have no show rates of 20 to 50%, the discharge efficiency is awful, and patients get left stranded at their house or hospital.”

“We know the two main reasons for negative reviews for hospital care and we see that transportation is the most persistent barrier for patients to receiving the timely care they need,” says Anya Babbitt, CEO and Founder of SPLT. “It’s unfortunate that there’s a lack of accountability because of the current incumbent, which is often brokered by medicaid contracts as well as taxi cab companies and mom and pop shop transportation companies dispatched by hospitals. These patients are left stranded every day outside of hospitals.”

“We now know on the transportation side there’s better alternatives out there,” says Small with a noticeable sigh of relief.

You should probabaly see what I’m driving at here. These women, who attended the 2016 Healthcare summits and will return to our 2017 GDS Group NG Healthcare Payers and Providers summits are not talking about creating an entirely new transportation system, but looking at the original transportation disruptors to work their magic yet again!

“We thought why not take advantage of the uber capabilities and Boston Children’s Hospital partnered 4 years ago with Uber to create Uberhealth, which transports vaccines and professionals who can administer the injections to patients,” says Small. “That was to help bring product to patient and the logical next step was taking the patient to the doctors appointment.”

And just like that, Circulation was born, a company that is quickly becoming popular for providing non emergency medical transport, or NEMT.

But they’re not the only game in town of course. Welcome SPLT to the race.

“Our product started off as a carpooling platform that helped employees get to work on time,” says Babbitt, “but when we partnered with LYFT we decided to focus on healthcare to allow patients to get to hospital appointments on time.”

So how has the healthcare industry, which Heffernan says tends to lag a good 5 to 10 years behind other markets in innovations, reacted to this new option of non emergency medical transportation?

“The market receptivity has been off the charts, says Small. “The data is compelling.”

“Whenever you divert a taxi ride to an Uber ride,” says Heffernan, “it’s at least 50% savings.”

Small says she’s actually seen data that shows Circulation can save as much as 75% relative to the current transport costs.

Babbitt says SPLT is saving the hospitals up to 35% and on the upside, you can track in real time where the patient is at any given time, which adds another layer of customer service.

Add onto this the fact that some of these disruptors, including Circulation, are HIPPA compliant and it seems a win-win for the healthcare industry and its patients.

So are you curious what the 2nd largest factor after transportation that effects patient and hospital scores negatively is? According to Babbitt, it’s hospital food. The current state of NEMT is worse than hospital food. Let that marinate.

Learn how healthcare executives are looking to disrupt the cycle at our next GDS Healthcare Summit.