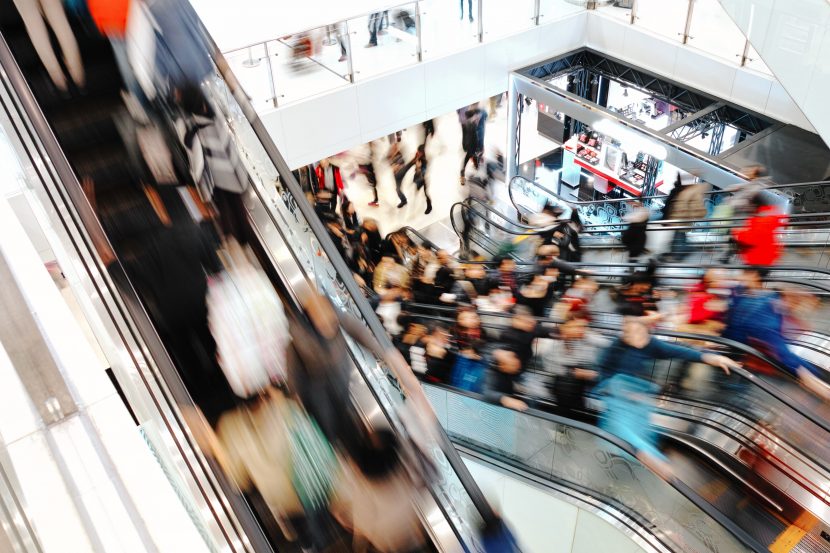 Reaching your customer on every channel is a task many companies face. The right message at the right time, on the right channel, is the goal. However, with so many channels it’s not uncommon for data to get siloed. This topic was just one of many discussed at the NG Retail Summit in April 2019 in Denver, Colorado.

Sephora has been transforming retail and the cosmetics industry worldwide through driving innovation and personalization for nearly two decades. The Virtual Assistant has proved to be a real success amongst customers. Our Keynote Speaker, Ali Bouhouch, CTO at Sephora spoke about understanding your customer.

Sephora is using augmented reality to design the customer’s experience. One example: letting customers virtually try on different shades of lipstick. Bouhouch spoke about the importance of building an AI strategy and experimenting. “Fail fast and learn from that. Then rinse and repeat,” he says.

What should come first, the product or the customer? Yosef Martin the CEO of Boxycharm shared his thoughts on the subject during his Breakfast Keynote Speech. “It’s not pushing our product first – we push our customer experience first. Then we see if they like what we are putting in the product.”

Boxycharm is a multi-million-dollar company offering full-size beauty products in a box. Martin says they are using social media to find their customer. He says they use “social influencers” on Instagram to market their product to create more buzz.

Martin says their customers can also review their product on Facebook and share feedback. He says this helps the company personalize the boxes and understand their customers.

Successful brands deliver customer experiences which are authentic and serve a customer’s needs. Adam Starr, VP Brand Development and Strategy at Aldo Group held a workshop on customer obsession and authenticity. He touched on the correlations between changing customer behavior and changing brand behavior. “To get ahead of disruption we need to pay far more attention to customers than we ever have,” Starr says.

“We need to discipline ourselves, not worry so much about the competition but the customers.”

Starr says it’s important to embrace customer obsession across the entire organization. Be experimental and fearless.  He says expect headwinds and navigate through them with agility, collaboration, and perseverance. “Our purpose is to elevate life. That’s our purpose in everything we do,” Starr says.

How do you transform marketing silos into customer lifetime value? Sastry Penumarth, Co-founder and V.P. Partnerships at Punchh, spoke about building an omni-channel engagement strategy and how to turn in-store experiences into a competitive advantage.

Penumarthy says their organization makes sure to look at both internal channels and external channels. That includes receipts, cashiers, and Wi-Fi in-store, as well as email, SMS, and social media. “We look at how we can convert each one of these channels into an opportunity,” he says.

“Look at these things and tailor your services to your customers.”

Penumarthy also spoke about the importance of converting customers into brand loyalists. He says you need to understand their purchases, when they visit, and measure their experience in real time. “Engage your customers, understand who they are, and then try to make them into loyalty customers,” he says. “Because loyalists naturally spend more money and visit more often. They also reference their friends.”

Reimagining the Future of Retail

Augmented reality, machine learning, artificial intelligence and robotics are now redefining the retail experience. These technologies are now being used by Sam’s Club. Their launch of “Sam’s Now,” a membership-only warehouse located in Dallas, Texas, doubles as a technology lab and retail store. Cedric Clark, VP of Operations says the shopping experience is powered by an app.

Clark says customers can create a shopping list on the app, scan as they go, and they are charged when they leave. He says machine learning, artificial intelligence, and robotics will enhance opportunity and they will continue to test these three components to drive their business. Clark expressed the importance of giving the customer a unique experience, so you are the membership they love the most.

Brian Hutchinson, Director of Shopper Marketing at Georgia Pacific, also spoke about how augmented reality can be beneficial to an organization. He says when it comes to AR, reaching the masses is critical. However, if you are asking the shopper to download an app – you have already lost.

In a workshop, Hutchinson explained how a mosquito repellent is generating traffic by offering a virtual mobile game to customers. He says the game doesn’t need to be downloaded as an app to play, which encourages more people to try. Hutchinson also stressed that companies should be interested in augmented reality because it connects the physical to the digital and makes for additional storytelling power.

Our summit came to a close with a workshop on “Reaching for the Cloud.” Michael Bodner, CIO at Shipley Do-Nuts, spoke about the Cloud, how technology can change workflow, and how to bring employees, customers, and partners along for the ride. “Cloud Computing means everything is not on your premises. Everything can run off premises,” Bodner says.

Why go to the cloud?

Bodner explained that the cloud connects everything in the world. He says new ways of doing things are already impacting all aspects of industry, commerce, and social interaction across the planet. “You need to try to think about change and visualize change or your business will be destroyed.”

Bonder advised others to use solution providers for skills and tech that businesses can’t build themselves. He says the reward will be that your business will still be around in the future, expenses will drop, and staffing will be reserved for people that give your business value.

Join the Next NG Retail Summit

At GDS Group, we host experts to help experts. We hope we provided you with an atmosphere which will allow you to confidently lead your companies through your biggest and smallest transformation projects. Your passion for caring for your customers, your product, and embracing technology is what will drive you toward success.

Check out our upcoming NG Retail Summit schedule to get or stay involved.

Foster Brand Loyalty and Engagement by Renovating Your Brand

Foster Brand Loyalty and Engagement by Renovating Your Brand